The intent behind this piece of artwork was to create a layered map with a historical narrative of the Souderton -Telford area. Aside from exploring online during our research, we also visited the Mennonite Heritage Center and discovered multiple maps which represented the area both before, and after, any substantial development had begun in the region. The first layer of the map is a two dimensional plane based on an atlas from 1848, which was before the railroad was established. The geography of the land was broken up into family plots labeled with landowners' last names. The space is vast, awaiting growth and expansion.

The three dimensional layers of glass feature growth and development from 1857 to the present. After reading Images of America’s Souderton, we recognized that the railroad brought forth by Henry O. Souder is when Souderton truly began to develop and grow. This important characteristic is defined by the negative space between the glass shapes where the tracks cut through town. The map is also semi-topographical which can be seen in the glass tiles and their relative positions to each other in space – especially in the areas near the Main St. hill, that iconic presence which defines Souderton. Finally, there are areas in red: Univest Bank - location of the original windows, and Dock Mennonite Academy’s initial and current Penn View campuses - both of whom invited us to participate in this project. 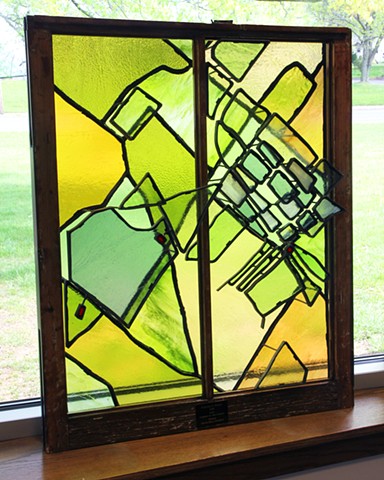 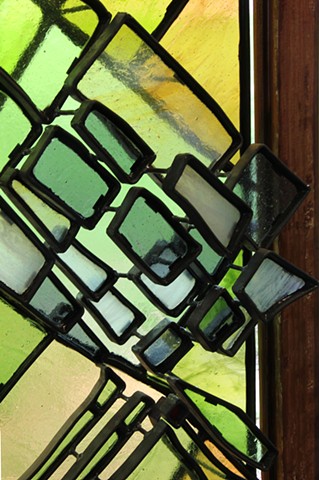 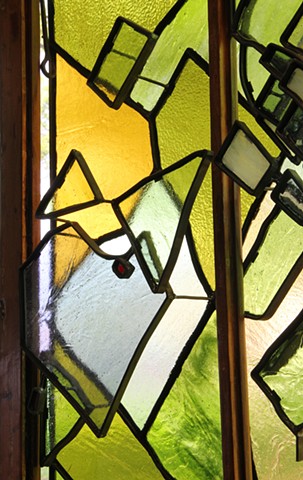 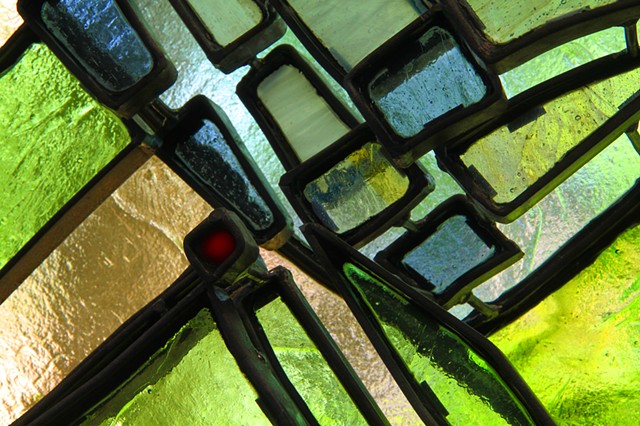 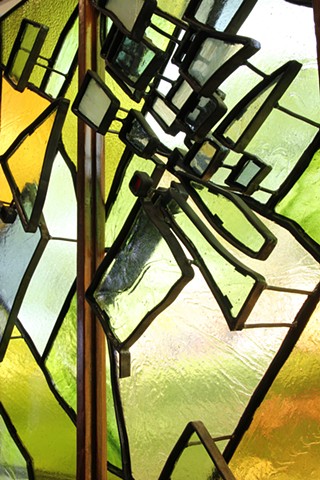 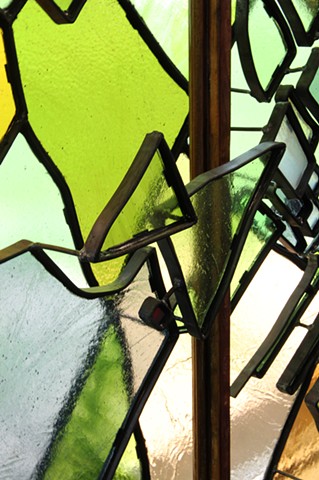 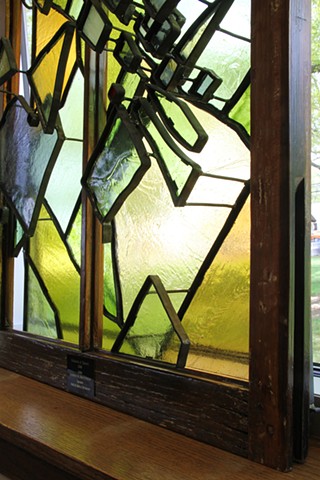